20/11/2015 | Felbermayr, a company internationally operating in the field of transport, lifting and construction, bundles the activities of its subsidiary Wimmer Maschinentransporte and Hagn-Umwelttechnik at Sulzemoos/Dachau County. The ground-breaking ceremony for the industrial property encompassing some 9,500 square metres was held on the 29th of October. As early as late May 2016, some 130 employees are supposed to start working at the new location.

"We are very glad to be able to implement this project in cooperation with the Municipality of Sulzemoos," says Managing Director DI Horst Felbermayr of the family company that bears his name with headquarters in Upper-Austrian Wels and goes on to comment: "Two factors made us opt for the Municipality of Sulzemoos which is located some 30 kilometres north-west of Munich: its excellent strategic location and the outstanding collaboration with its mayor and the municipality's other representatives." The acquired plot is approx. 2.8 hectares in size and is situated on an industrial estate directly at the A8 motorway. In the context of the first construction phase, a two-storey office building with 1,400 square metres of floor space and a storage with adjoining work shop, measuring 6,500 and 1,600 square metres, respectively, are supposed to be built by May. However, a 100-ton indoor crane as well as a petrol station for its fleet including a car-wash plant will be part of the infrastructure of Felbermayr's new location.

Synergies at the new location

Felbermayr's subsidiaries, Wimmer Maschinentransporte and Hagn Umwelttechnik, both of which are expanding massively, will move into the new buildings. Both Wimmer, a company specialising in special transports and the installation of highly complex industrial plants and Hagn, a firm focussing on hydraulic engineering and landfill construction will benefit from synergies created by their centralisation at the new location such as joint use of the petrol station and the office infrastructure. For Hagn-Umweltechnik's general manager, Michael Altschäffl, the intensification of boundary points between the two companies might even result in operational cooperation. Wimmer's Holger Stegmann furthermore looks forward to capitalising on the expansion of his service portfolio. For thanks to the new business area of crane rentals, the expanded space is a more than welcome benefit. 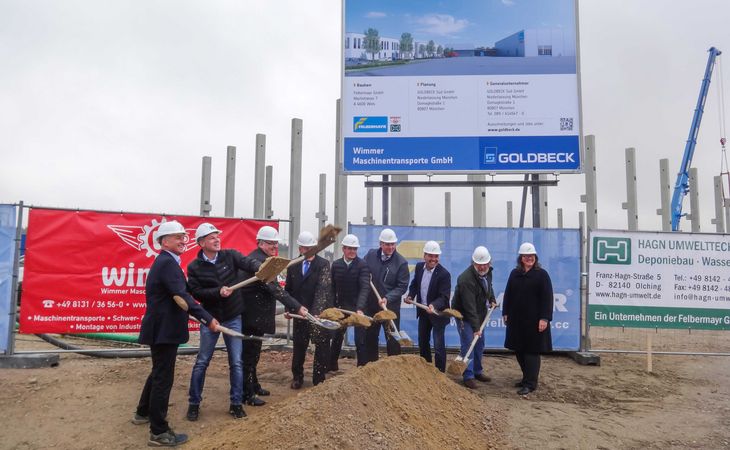 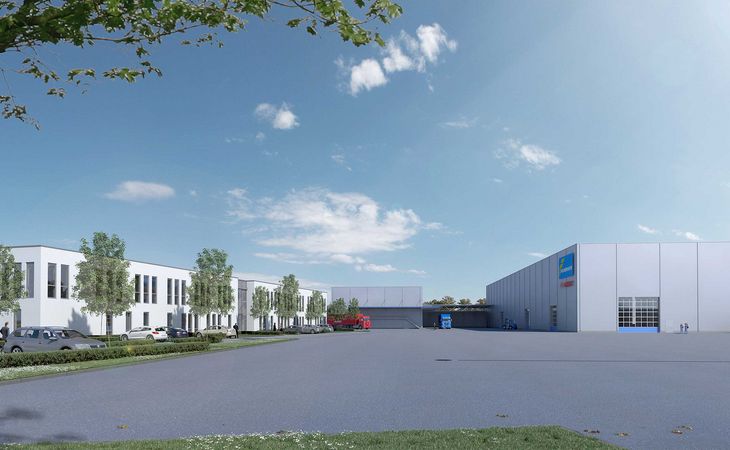 The plot of land acquired covers approximately 2.8 hectares and is located right next to the industrial estate on the A8. 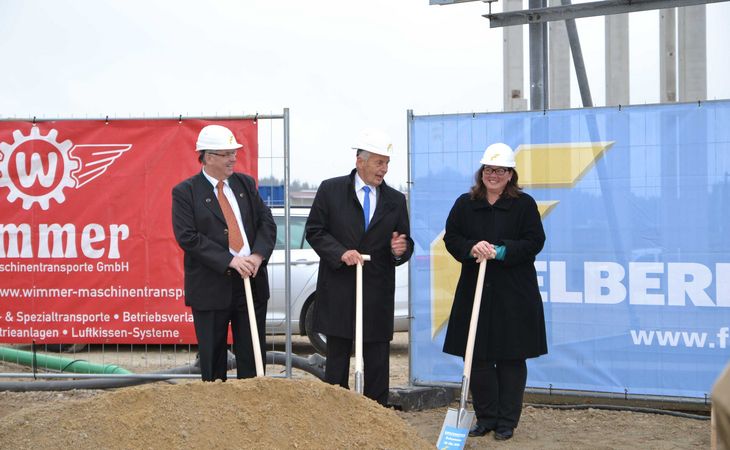 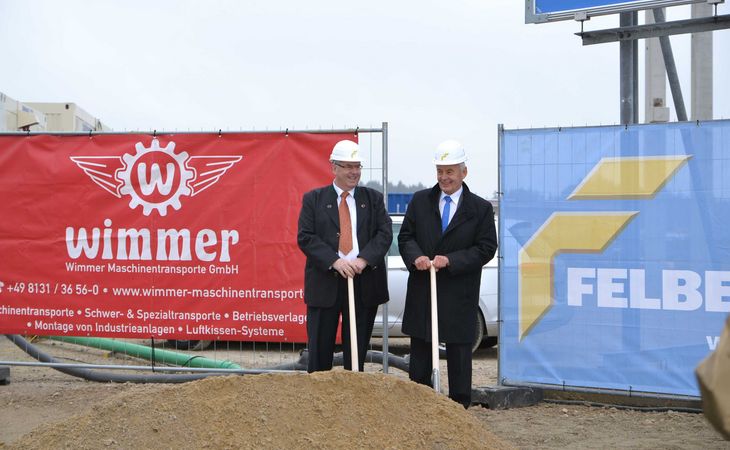 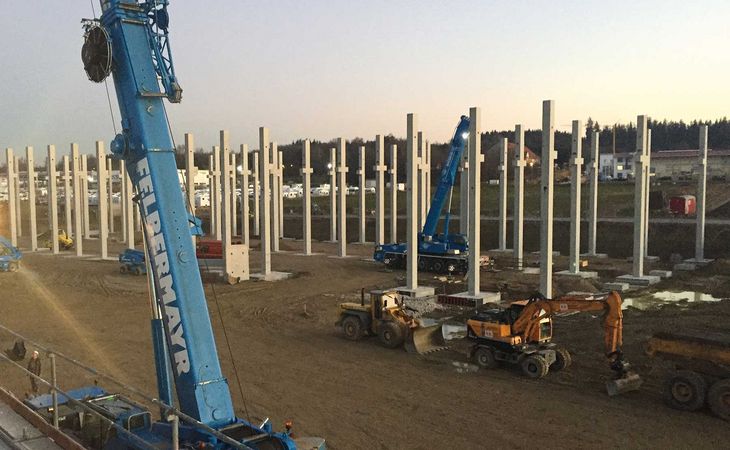 Approximately 130 members of staff are due to be working at the new site by the end of May 2016. 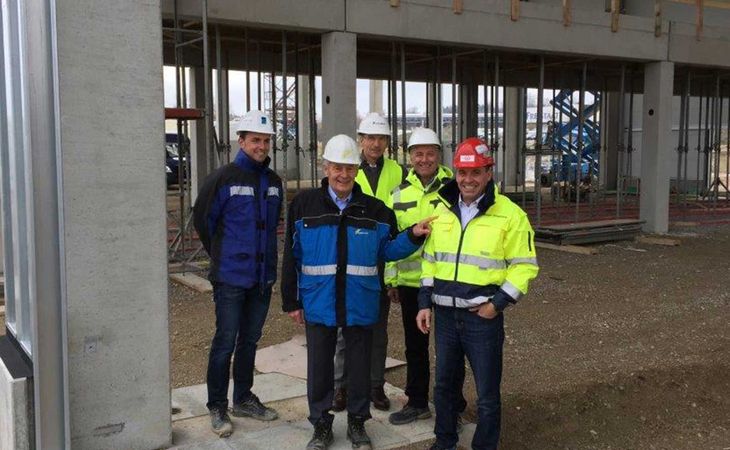 A tour of the new Felbermayr subsidiary.

Approximately 130 members of staff are due to be working at the new site by the end of May 2016.
PreviousNext