Exchange of experience at the assembly meeting

25/01/2019 | For the second time already, the Felbermayr subsidiary company Wimmer Maschinentransporte hosted an assembly meeting in Sulzemoos in Bavaria. Around 40 lead managers attended in order to further develop their expertise but also to consolidate their personal relationships with their colleagues.

"When I hosted the company-wide assembly meeting for the first time four years ago, the content of the meeting was primarily to intimate Wimmer's capabilities", commented managing director Holger Stegmann clarifying his intention for the demand-orientated meeting of the Felbermayr department managers in the field of Industrial assembly . At that time Wimmer was a company specialised in the relocation of machinery using special transport and heavy transport, as well as warehousing. Today, four years later, Wimmer covers the complete range of services in the heavy load sector, all the way through to crane rental.

Inspired by the success of this first assembly meeting, the call for another at the end of last year became unmistakably loud.

"Often to be successful, it is enough to know who can do what", enthuses Stegmann, delighted to have set another meaningful impetus for cooperation again with the assembly meeting in January. Cooperation that is also very important for the customers too. "To ensure that we are able to pass on enquiries in a targeted manner to the respective specialised area of the business. This is an important prerequisite for efficient, customer-oriented work." In doing so, Stegmann maintains that the focus should not only be on technology but rather also on the specialisation of the respective employees – because, for each person to be able to master everything is simply not possible in the complex field of assembly: "In addition to the use of standard equipment such as lift frames, strand jacks and skidways, the relocation of a production line often also requires comprehensive skill in areas such as electrics, hydraulics and pneumatics", and Wimmer could provide these, for example, in order to be able to offer the customer a full-service package.

In addition to professional competence, the "Leadership in motion" programme point also promotes cooperation between colleagues in the workplace. "The background for this was a lecture by Heinz Fuchsig", explains Stegmann pointing out that although a crowbar might be an effective tool for lifting heavy objects, interpersonal relationships and the health of the employees must also be promoted in the interests of long-term success.

After a day of intensive collaboration and the presentation of the range of services of the department leaders present, there was a first-class buffet – served on a self-propelled industrial trailer with a 178 metric ton payload rating, garnished with toy HGVs and forklift trucks designed as scooters. These will be handed over to neighbouring children's day care centres throughout the year – within the course of guided tours: "To show the children where mums and dads work", adds Stegmann showing his sensitivity for the coming generations. Regarding the question of whether the next assembly meeting will take place in Sulzemoos again, Stegmann's shares his feelings about whether he wishes to draw a line under the large organisational effort, adding with a wink: "I would certainly like to be served a buffet on a ten-axle semi low-loader at some point, and we don't have one of those in Sulzemoos". 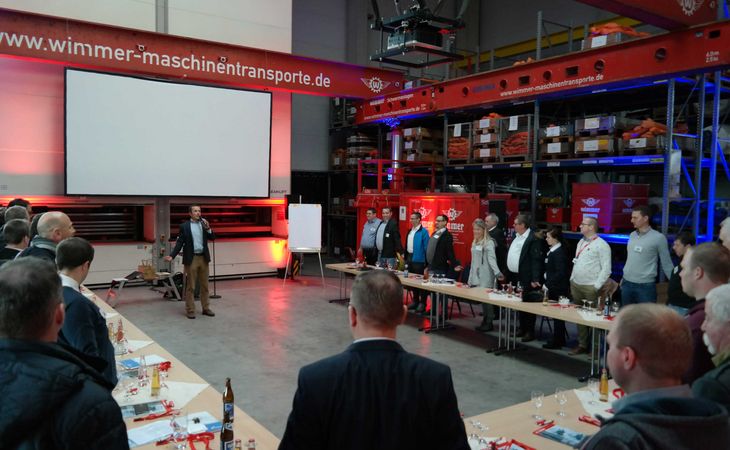 In addition to professional competence, the "Leadership in motion" programme point also promotes cooperation between colleagues in the workplace. The basis for this was a lecture by Heinz Fuchsig. 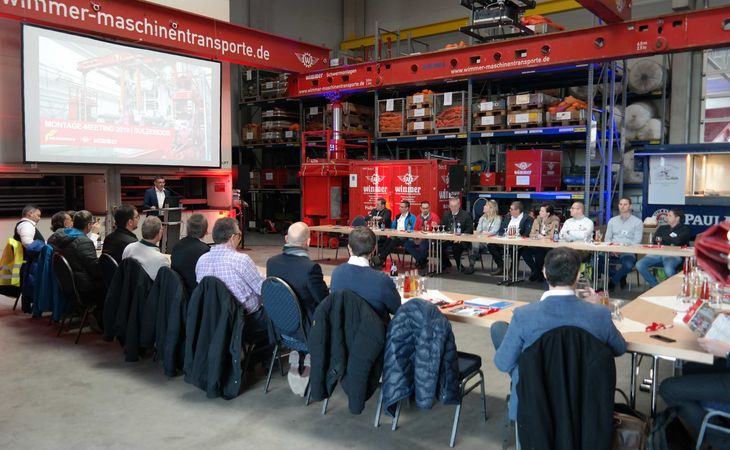 Around 40 lead managers attended in order to further develop their expertise but also to consolidate their personal relationships with their colleagues. 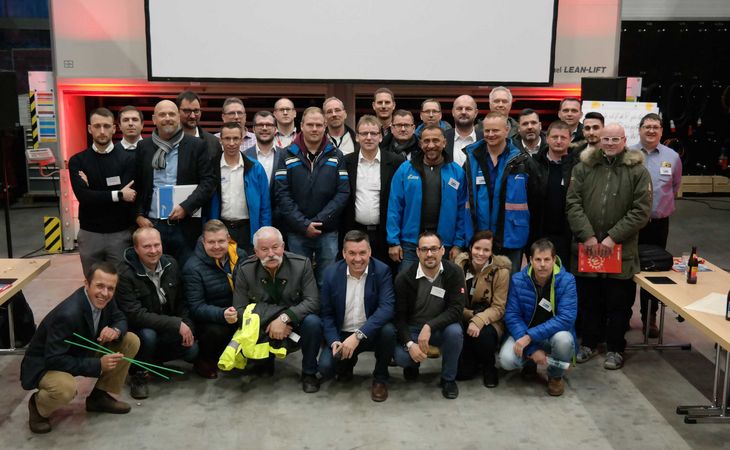 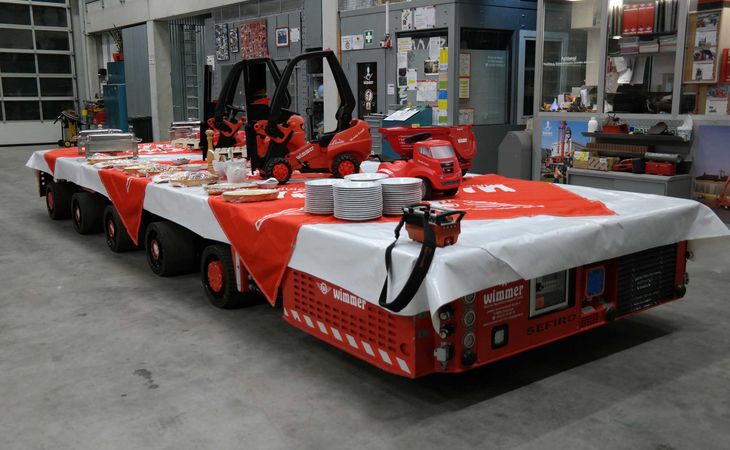